If you see beehives or hornets nests from time to time, you probably don’t assume they need to be taken down. So when is wasp nest removal necessary? When wasp and hornets nests are built on the sides of residential buildings or businesses and have grown to a large size, it’s important to take action. Certain species can be aggressive, making it important to call a professional wasp exterminator for bee, wasp & hornet nest removal.

The team at Leo’s Pest Control knows how important it is to keep your family safe from stinging insects. You can trust our wasp nest removal is quick, safe, and effective.

Seeing a beehive or wasp nest is pretty normal until they’re built on the side of homes or residential areas. Especially around their nests, certain species of wasps and hornets can be aggressive and will sting. When their nests are in high-traffic areas, bees and wasps could be easily threatened and driven to defend their nest at all costs. The stinging insects become especially aggressive in the late summer and fall months. If you see a nest bigger than the size of your fist that is built on or near your home in Bristol TN, it’s time to call Leo’s. 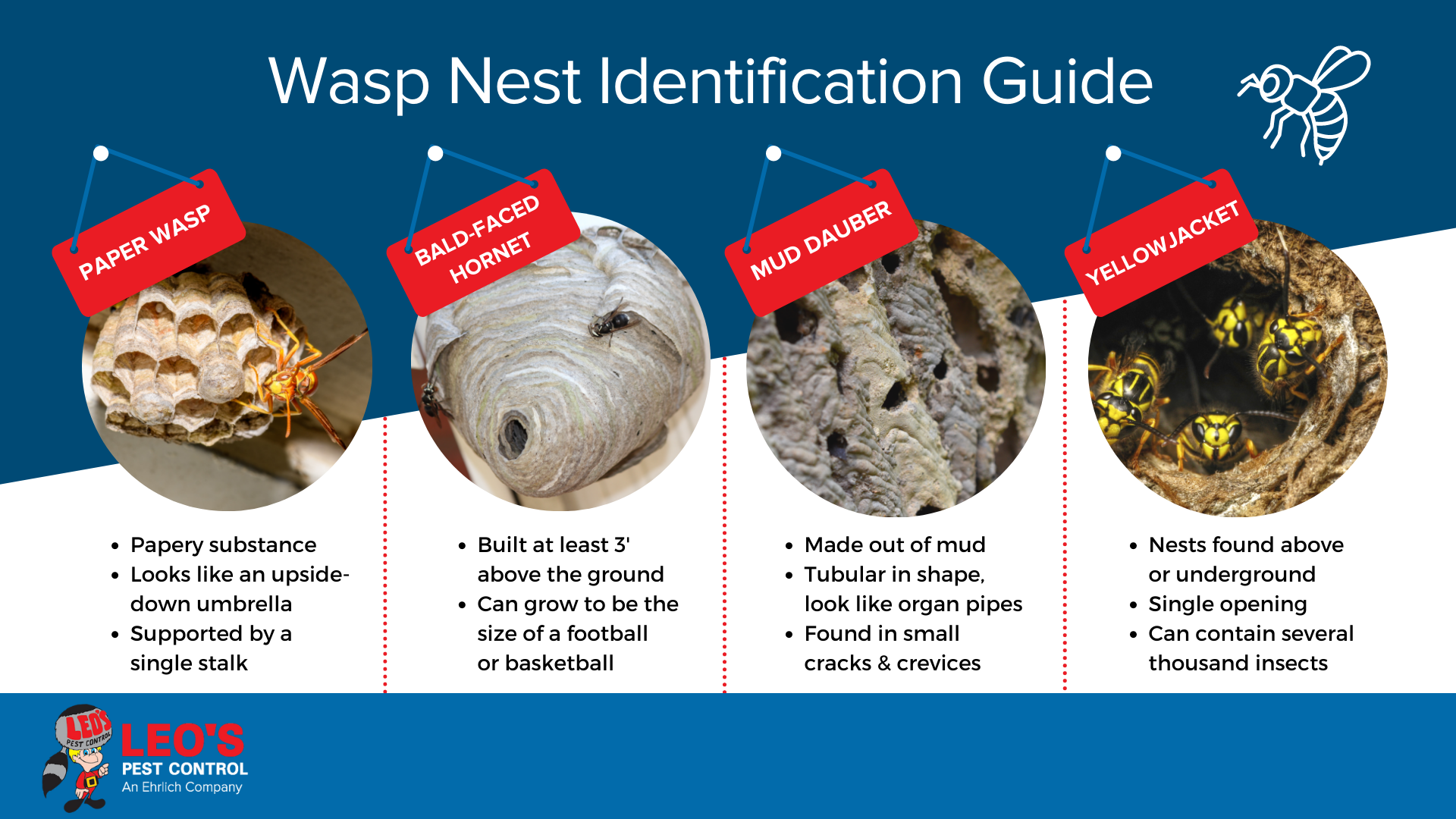 Got a Pest Problem?

Fill out the form and we’ll be in touch with a free quote!

*During normal business hours. After hour inquiries will be returned the next business day.

Can You Do Wasp Nest Removal Yourself?

DIY wasp or hornet nest removal is never a good idea. As mentioned previously, nests are likely to contain more stinging insects than you think, which can be very dangerous. As a rule, it’s best to enlist the help of a wasp exterminator whenever you need a nest bigger than the size of a fist removed. Safe wasp and hornet nest removal requires the expertise and precision of a specialist, which is why you should always call our team. Trying to remove the nest yourself can be disastrous, especially if anyone nearby is allergic to stings.

Bees, wasps, and hornets are a normal part of daily life. That said, their nests can be dangerous when built near residential or commercial properties. When you call the team at Leo's Pest Control for nest removal, we will do a thorough inspection to identify the nest and stinging insect species. We can provide wasp nest removal on the spot or may return a day later if necessary.